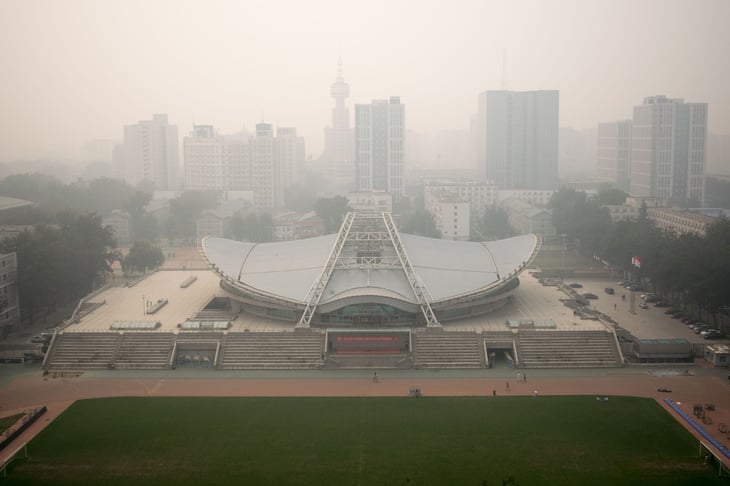 One of the most prestigious schools in China's Jiangsu province made headlines last month as nearly 500 students were shown to have developed serious health issues - including dermatitis, blood abnormalities, leukaemia and lymphoma. The rash of illnesses has been linked with the school's proximity to a toxic dump site. Students had complained about "an unusual smell" coming from an area of the campus that had previously housed three chemical plants, reports state news agency Xinhua. Over the previous few months, parents of the students had begun to notice their children developing odd ailments, and suspected they were linked to the school. Calls for the school's relocation began to accumulate, but no action was taken.

“My leg cramps and I get pimples,” one 12-year-old girl told the state broadcaster CCTV.1 “My hands start to peel."

Ma Jun, the director of the Beijing-based Institute of Public and Environmental Affairs, called for a "comprehensive and independent" investigation into how the site had been able to meet air and soil quality standards - as an environmental-expert panel signed off on the site after a soil restoration project had reportedly concluded around the time the health complaints began. A state broadcast went on to say how the local officials may have only tested for common pollutants, overlooking certain rarer toxic compounds and heavier metals. A statement from a whistleblower at the former plant said workers had haphazardly dumped and buried toxic waste - and many had developed health conditions themselves. One survey of the area found cholorobenzene levels nearly 95,000 times the national limit.

A cry of public outrage followed the news of the children's illnesses, pleading officials to take a closer look at regulations surrounding the disposal of hazardous materials. News of the incident came only one week after the Ministry of Water Resources published findings stating that over 80 percent of the water in shallow groundwater wells in China is unfit for human consumption.

“The lesson from [the school incident] is that we need to have really powerful legislation so that polluters will take no chances.” said Ma Jun.

Though the government has been more dedicated than ever to addressing the nation's soil, air and water pollution problems - cases like the Jiangsu school require extensive remediation projects that can take years and years to complete. By working on strengthening legislation and investing heavily into remediation, China can continue its attack on contaminated soil pollution from multiple angles.