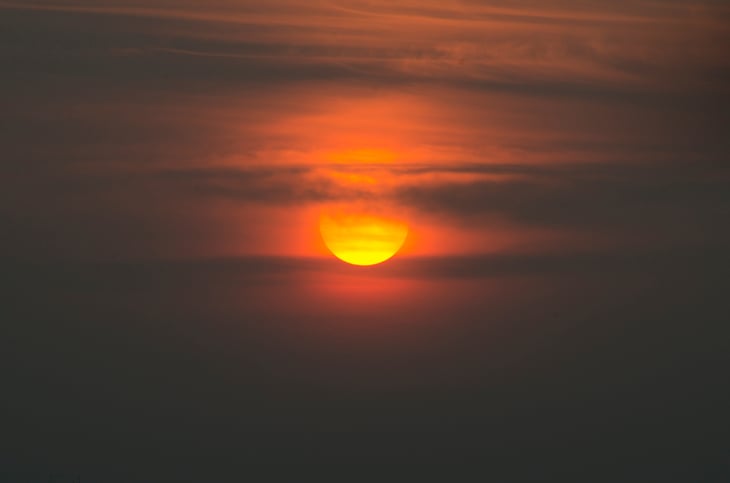 What Makes Air Pollution So Especially Rampant In Delhi?

In 2014, a World Health Organisation (WHO) report tallied the top 20 cities with the heaviest concentration of airborne PM2.5 particulate matter. 13 of those 20 cities were found in India. For all of the smog alerts and global discussion, not a single Chinese city even cracked the top 20. If you're even a casual reader of environmental blogs or news, smog likely comes to mind before you've finished reading all seven letters in "Beijing". If the air pollution centerpiece of public discourse isn't even in the top 20... how bad can #1 be?

Avoiding the minefield of hyperbole available, we can safely describe the PM2.5 crisis in India as "severe". PM2.5 is the deadliest kind of airborne pollution - ultra-fine particles of heavy metals and toxic compounds that can measure up to 2.5 microns in diameter. Because they are so small, they can embed deep within the tissue of a lung and cause serious respiratory problems. Your body does its best to respond to the particulate invasion, creating mucus to trap and eventually cough out the particles - but because of PM2.5's size, the pollutants can end up so far inside your lung tissue that they cannot be expelled. These trapped particles are strongly linked to lung disease, emphysema and cancer.

So, how does a city become the #1 most PM2.5-laden metropolis in the world? A new study by the UK's University of Surrey centered around finding out why Delhi had such terrible air conditions. Earlier in the year, India's own government admitted to not being able to pinpoint the cause of Delhi's heavy pollution after concluding that it was not due to excess vehicle emissions. The researchers from Surrey concluded that there was no one major cause of Delhi's derelict atmosphere - it was a toxic cocktail of "geography,  growth, poor energy sources and unfavorable weather that boosts its dangerously high levels of air pollution".

The actual PM2.5 in the air seems to be generated not only by power plants and industrial emissions, but also by kicked-up road dust that gets trapped in the city. The UK study notes that there are very few avenues that allow for airborne matter to escape the city, making for a cumulative factor that explains why Delhi's air is, in fact, getting worse. “Coastal megacities such as Mumbai have at least a chance to ‘replace’ polluted air with relatively unpolluted sea breezes, whereas Delhi’s surrounding regions are sometimes even more polluted than the city,” said a statement from the University of Surrey.