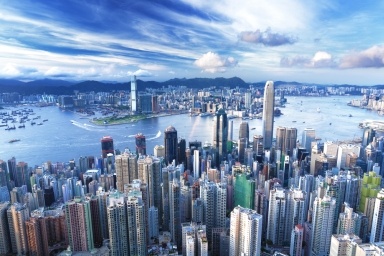 As a rapidly industrializing nation, China has had to struggle with growing environmental problems. As this blog has mentioned in the past, as much as one-fifth of the arable land in China is polluted thanks to industrial and agricultural activities, posing a major threat to the nation's ability to produce food. In addition, it has long been known that China's major cities suffer from intense smog and air pollution as a result of industry and increasing vehicle traffic.

These are problems that stand in the way of China's future growth. However, it is also clear that the nation is moving along a path toward greater environmental sustainability.

Earlier this month, for example, the U.S. and China came to an agreement on eight climate change prevention projects. Half will focus on carbon capture efforts, while the rest will work to improve the efficiency of smart grids. Most notably, these projects include a pledge by China to regulate its own greenhouse gas emissions more seriously by adopting stronger vehicle efficiency standards.

More recently, an article on Global Post reported that authorities within the Chinese Communist Party will require government officials to place a greater emphasis on "the quality and sustainability of economic and social development," in the country. This will include environmental protection efforts.

As the Chinese government embarks on a series of complicated projects to control its environmental impact and remediate currently polluted areas, it is crucial to ensure that stakeholders act to minimize environmental liabilities in a cost-effective way, so that the effort can be sustained over the long term.