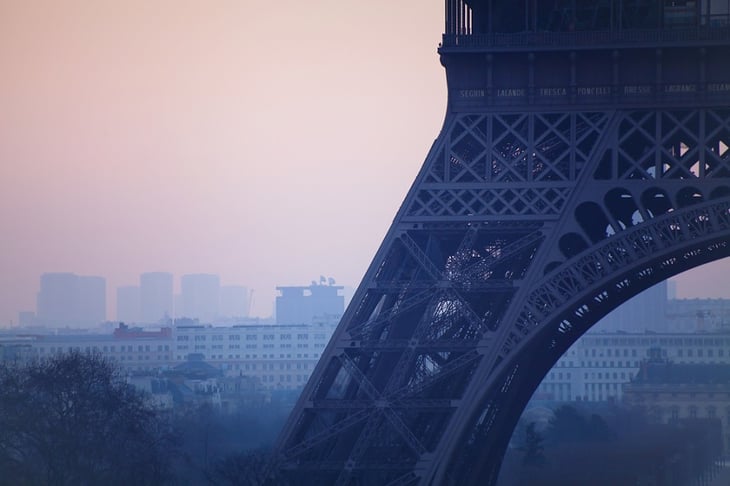 Paris Takes Action Against Worst Air Pollution In A Decade

If you were to take the train in Paris these days, you might find it a tight fit. City officials have made public transportation free after issuing a city-wide driving restriction early last week. Cars with even-numbered and odd-numbered plates must stay off the roads on alternating days - a counter-measure also seen in Beijing. The shutdown is due to the suffocating amount of air pollution that currently plagues the city - the worst Paris has seen in a decade.

The city's current PM2.5 levels have been deemed a health risk for children and adults with sensitive respiratory systems. It's gotten so bad that the city-led #StopPollution campaign is claiming that a day of inhaling Paris air is the equivalent of smoking a pack of cigarettes, though it's unclear by which metric they are comparing the two. The inarguably poor air quality is primarily due to the emissions from millions of commuter vehicles building up and lingering over the cityscape due to nearly windless conditions. 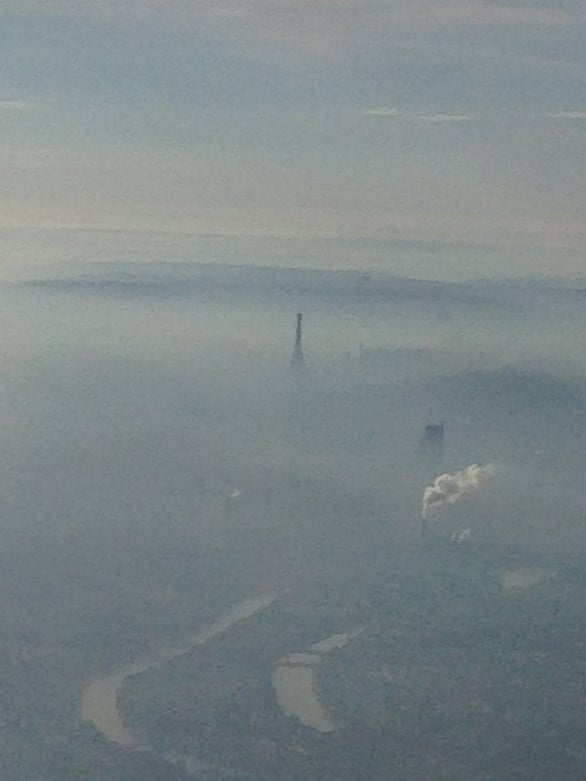 The chilly temperatures of the area don't help - cold air is heavier and doesn't disperse as easy. Also, colder days means more residential heating, which means more wood-burning emissions. All in all, it simply isn't a good month for the lungs of Paris residents. AirParif, an organization that monitors the air quality of Paris, has called the recent weeks a "record period (of pollution) for the last 10 years". This is especially grim when you consider that air pollution already contributes to the premature death of 48,000 people every year in France alone.

When the wind picks up again, the blankets of smog may thin out - but they won't disappear for good. Air pollution is an ongoing issue for Paris - and it's one that will require a multi-pronged approach to solve. Implementing driving restrictions may be a viable solution for now, but France will have to invest in heavier pollution controls to wrangle this problem in the long-term. This coming week though, a good gusty day would suffice.