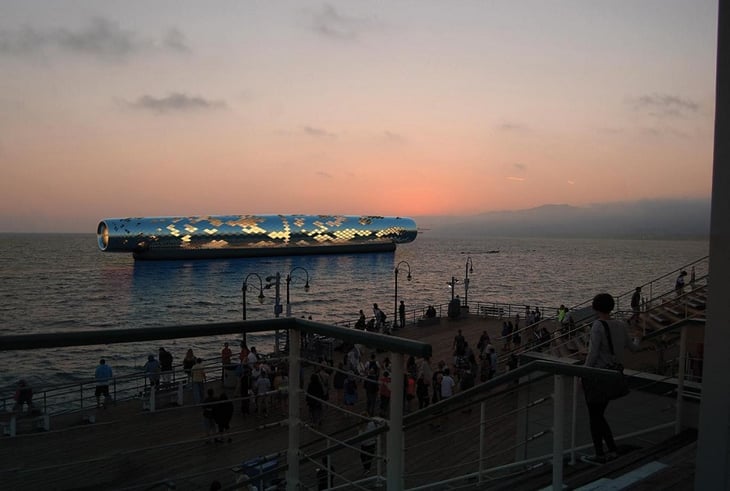 The Pipe: A Solar-Powered Solution For Water Desalination

Meet The Pipe, a solar-powered desalination station that doubles as a sexy addition to a coastal landscape. The Pipe is a finalist in the 2016 Land Art Generator Initiative - a design competition centered around renewable energy technology with an aesthetic twist.

The 2000-foot-long cigar-shaped structure is currently just a concept, but the team behind The Pipe are quite serious about its real-world applications. Aziz Khalil, the project lead, has been dreaming up the electromagnetic desalination technology for 30 years.  The Pipe works by first harvesting sunlight via the shimmering, satellite-grade solar panels that make up its exterior. The stored energy is then used to suck up nearby seawater and pump it through the filtration tubes hidden on the underside of the station. 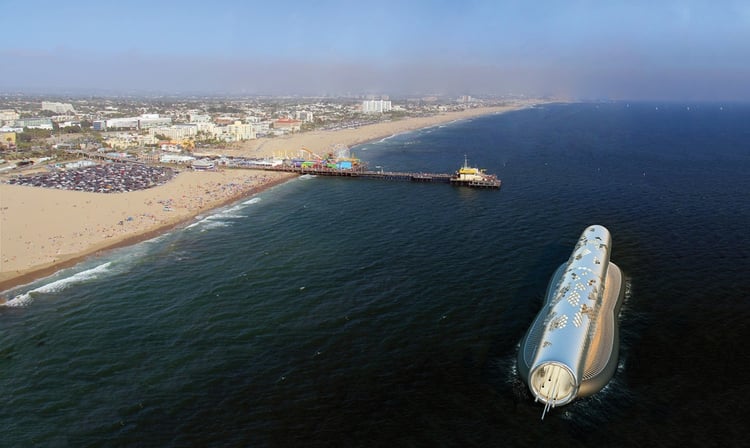 Khalil's team have devised a clever solution - one that uses the natural ionization of the ocean salt for desalination. Using an electromagnetic force, The Pipe would essentially direct the ionized salt towards the edges of the filtration pipes. The system would output two different types of water - pure drinkable water that would be redirected towards the city's water network and water with 12% salinity that would be piped into the thermal baths (!) held inside of the structure. The spa-like interior aspect of The Pipe could help pay for it - as up to 1,000 tourists could enjoy the relaxation and novelty of the experience while being in close proximity to the coast. 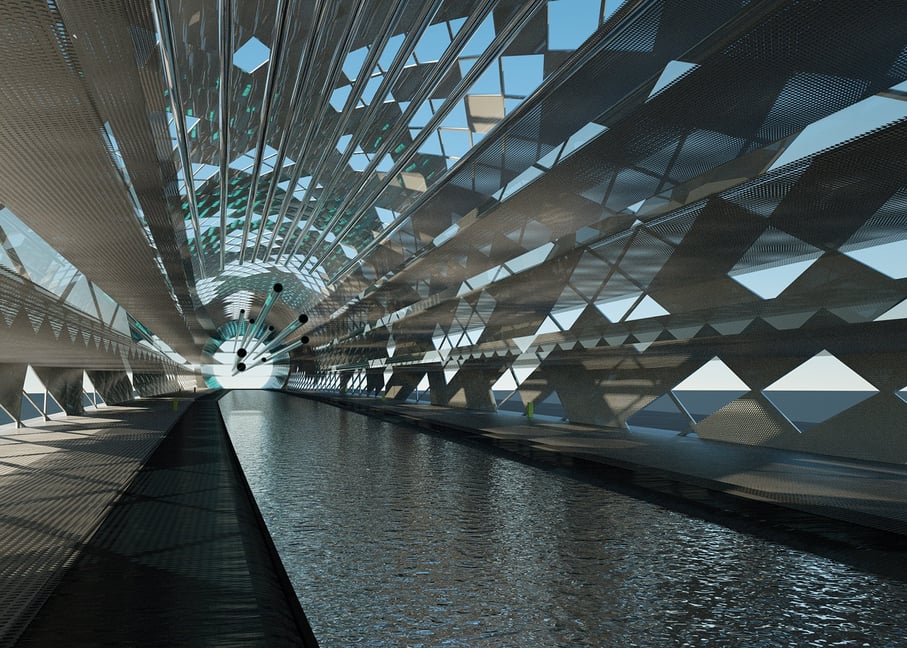 The semi-desalinated water warmed up for bath use would be slowly released back into the ocean using a smart release system to avoid mixing issues.

The initial vision for The Pipe is a Santa Monica installation, as California could surely benefit from the 4.5 billion liters of drinkable water produced by The Pipe annually. Even though the project is a long way from actually adorning the California coast, Khalil and his team believe it has the potential to be more than a pipe dream. “If the city says they like it and they give us a go ahead signal, we could go ahead and start working on it,” says Khalil.