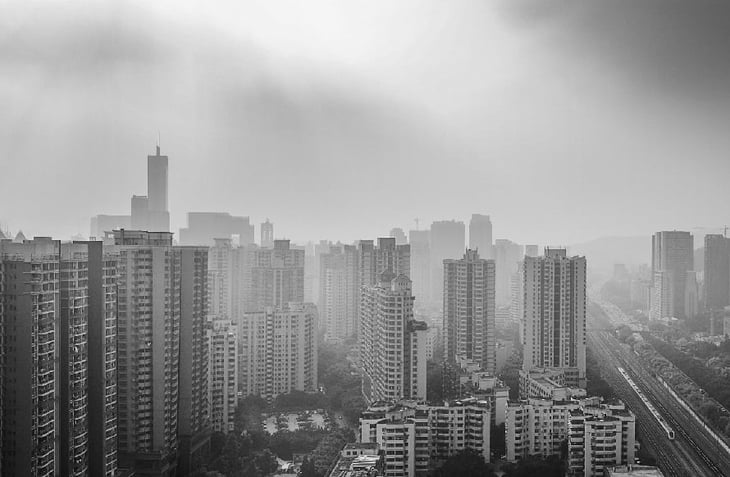 Study Shows 90% Of The Global Population Are Breathing Polluted Air

New data found in a report released by the World Health Organization offers a chilling stat: nine out of every ten people on Earth are breathing air that breaches the 10mcg/m3 international safety limits. The report, titled "Ambient air pollution: A global assessment of exposure and burden of disease", states that 3 million people are killed annually by air pollution, with regions in the Western Pacific and South East Asia being the most affected.

The WHO describes the current state of global air as a public health emergency. Heart attacks, strokes and lung cancer have all been linked to the ultra-fine pollutant particles known as PM2.5 and PM10. Inhaling polluted air means introducing those ultra-fine particles of sulfates, nitrates and other heavy metals to the respiratory system. The body produces mucous in an effort to trap and expel the particulate matter, but often times the pollutants are so deeply lodged in lung tissue that they stay within the body, leading to the aforementioned diseases. Some recent studies have also shown airborne pollution's strong ties to Alzheimer's disease.

After releasing the report, Maria Neira, head of the WHO's public health department, urged world governments to cut the number of vehicles on the road, improve waste management and promote clean fuel alternatives.

The report acknowledges that there are many uncertainties within the data gathered - namely in remote regions where ground-level PM2.5 measurements are difficult to conduct and the WHO must rely on satellite data. Nevertheless, the authors of the report maintain that it "constitutes the best evidence available to date" concerning the effects of air pollution.