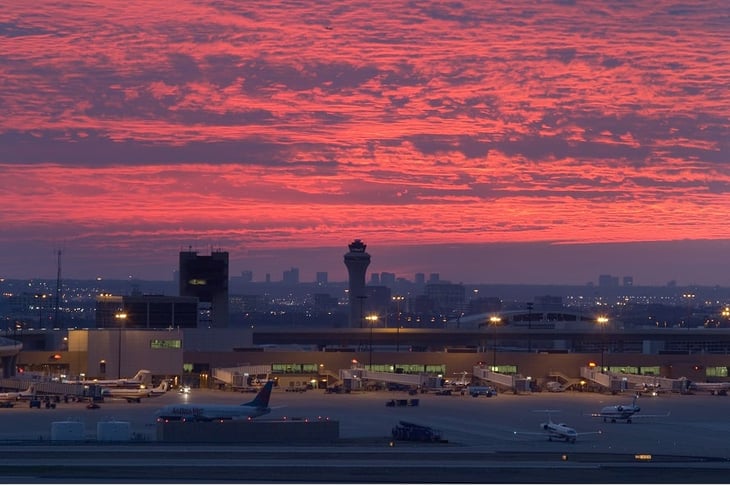 Amidst the hustle and/or bustle of the average airport, one can expect to see hundreds of flights departing each day. Somewhat unsurprisingly, research shows that planes use the most fuel and emit the most harmful emissions upon takeoff. We could assume that airports would be some of the most pollutive places on Earth, and we'd be right - for the most part.

Last week, Dallas Fort Worth International Airport announced that it has achieved carbon neutrality - becoming the first North American airport to do so. The Airport Carbon Accreditation Program upgraded DFW to the highest possible rating of "Level 3+ Neutrality" due to the implementation of renewable energy sources and green initiatives that began almost two decades ago. Since then, the airport had its entire bus fleet replaced with eco-friendly vehicles amidst dozens of other low-carbon programs. These range from eco-friendly heating systems to comprehensive water-reclamation programs that saw DFW partner with neighboring cities to reduce water consumption by more than 100 million gallons per year.

The announcement comes just as the EPA is beginning to crack down on flight emissions, with an "endangerment finding" being released last week showing how airplane emissions can be a legitimate threat to pubic health. DFW isn't the first airport to reach carbon neutrality - over 20 European airports have achieved a Level 3+ Neutrality rating - but it represents an important milestone for North America's eco-conscious growth.