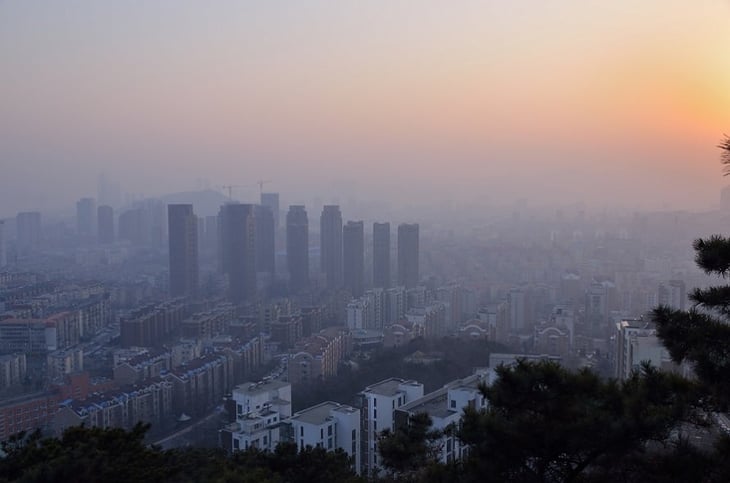 Within the first day of its release on March 1st, over 155 million viewers had seen Under The Dome - a documentary that tackles the ever-growing seriousness of China's smog problem.  The film is centered around investigative journalist's Jian Chai's years of research into China's air pollution, and is at once personal, powerful and informative. Timed to coincide with the annual meeting of the National People's Congress, the release of this documentary has rapidly widened the avenue of discussion concerning China's air.

The film opens with Chai recounting how she felt she could barely breathe while living in Beijing. When she found out she was pregnant, her joy was soon overcast by the news that her baby girl was born with a benign tumor - something attributed to the genotoxicity of Beijing air. The lecture goes on to detail the exhaustive yet accessible array of investigative research done in the years following her daughter's birth.

Chai goes on to introduce PM2.5 - airborne particulate matter with a diameter of 2.5 micrometers. PM2.5's superfine structure means that it can penetrate beyond the lung walls into the bloodstream, affecting vital organs. Elevated levels of PM2.5 have consistently been linked to cardiovascular disease and cancer of the respiratory system. The light-refracting properties of the airborne particles set a veil of grey over areas that have high PM2.5 concentration, and the blanketing layers of smog are the result. 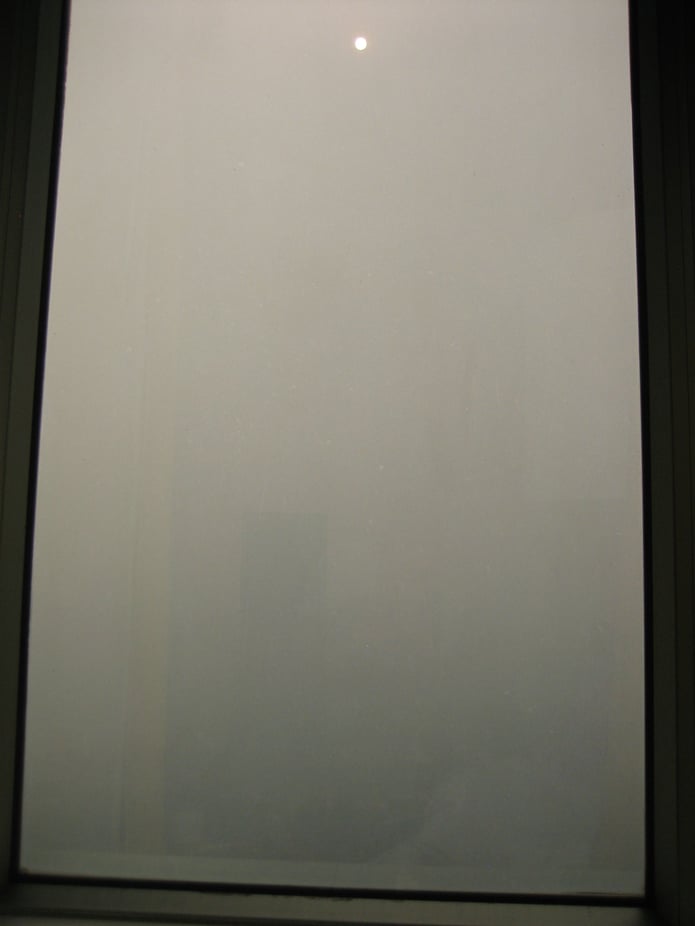 The air in Shanghai with record-breaking smog levels in 2014.

One notable clip finds Chai interviewing a six-year-old resident of a mining town who had never once set eyes on a white cloud, a blue sky or a star. In such mining towns, where the situation is at its most austere, the lives of Chinese residents can be irreparably affected. In the village of Xinguang Sancun, local farms have been rendered completely unusable - as livestock has been unable to live off of the contaminated air, water and soil. Over the last 10 years, the local farmers would see Xinguang's economy become inadvertently monopolized by the mining companies, as livestock counts and crop yields began to dwindle into nothing. Once a village of 2,000 people, Xinguang's population has withered to 300, with a vast majority of the residents having been forced to move due to the pollution.

In the past 30 years, the death rate from lung cancer in China has increased by 465%. Even the staunchest of detractors can't deny the crippling effect that China's air quality is having on its population. Jian Chai's film is providing a critical junction where China's problem is being thrust to the forefront of the public consciousness - though not without some opposition. Dubbed "The Great Firewall", China's internet censoring policies have been a point of contention for activists in the recent years. Under The Dome's explosive rise in popularity was mitigated by China's Central Propaganda Department in a leaked document ordering the documentary to be taken down from all Chinese websites. With the Chinese government being unusually transparent in recent years concerning their environmental policies, the sudden 180° may be chalked up to an old reliance on suppression when faced with alarm. 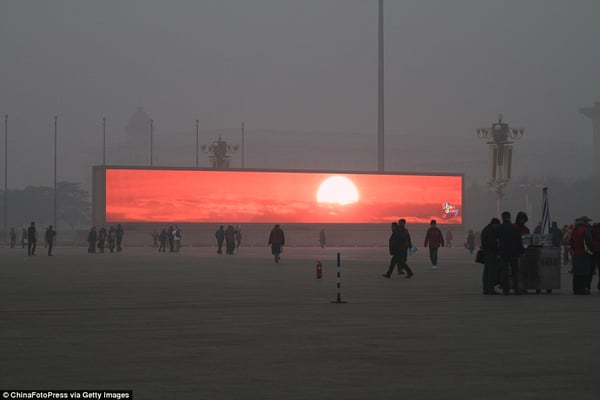 Citizens walk past a televised sunrise in Beijing.

Transparency is key in the push to solve the crisis that China is facing. The public is demanding accountability, and the Chinese government's recent set of environmental reforms is a huge step forward. Letting the public know that they acknowledge the severity of the problem is a good start, but suppression tactics and subterfuge will only help to sow distrust in the already-contentious relationship between the Chinese population and their government. To ensure a cleaner future for China, the industry leaders that are contributing to China's environmental disaster must consider the importance of confident accountability, and help to demonstrate a responsible level of public transparency.  If the government can continue to focus on enforcing the regulations that they set - without denying their citizens the tools to help them do so - China will have a clearer future.

Under The Dome can be watched here.