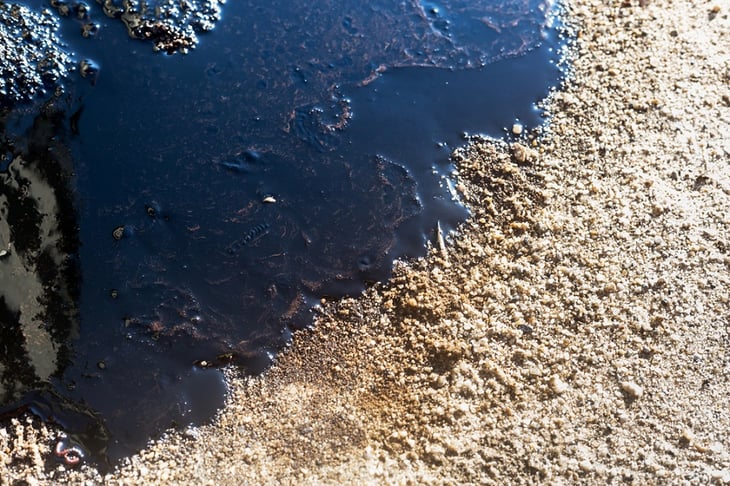 A Thousand-Gallon Diesel Spill Has Devastated The Lush B.C. Coast

On the morning of October 13th, the pine tree shorelines of Waglisa (Bella Bella), B.C., were interrupted by the running aground of a petroleum tug-barge tanker. The Nathan E. Stewart collided with a reef and slowly sank, spilling thousands of gallons of diesel into the Seaforth Channel and the nearby Qvúqvái Creek.

The Qvúqvái and Bella Bella are located in the Great Bear Rainforest, one of the most ecologically decorated regions in the world. Measured as the world's largest temperate rainforest, it hosts thousands of miles of forest, hundred of rivers and a range of snow-capped mountains. All the the lush vegetation situated right beside the ocean makes the rainforest an appealing home for a variety of wildlife. Bella Bella is also home to the Heiltsuk First Nation, a native people with a history in the area that dates back more than 11,000 years.

The diesel spill from the tug is causing serious issues for wildlife and human alike as it mixes against the nutrient-dense waters of the Seaforth Channel. The contaminated area is a hotspot for all sorts of marine life - orcas, dolphins, porpoises, humpback whales and octopuses, to name a few - all of which now risk being poisoned by entering the area. The spill has also claimed the livelihood of the nearby river fishing and clamming operations that largely help to sustain the Heiltsuk Nation's economy.

The company operating the tug-barge, Kirby Offshore Marine, has already compensated the Heiltsuk Nation with $250,000 given for clean-up aid, but many remain unsatisfied with the efficacy and speed of the spill response.

The Transportation Safety Board of Canada is investigating how the boat ended up on the reef - but for now, the cause of the diesel spill remains undetermined.