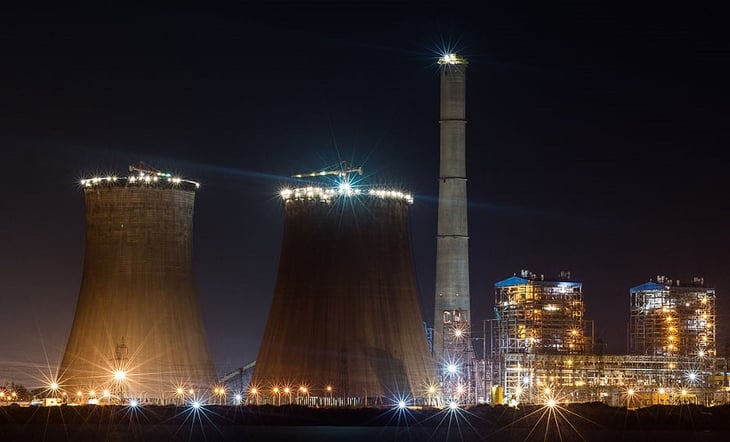 An Indian Plant is Turning Waste CO2 into Baking Soda

With the help of London-based firm Carbon Capture Solutions, a chemical plant in the Indian port city of Tuticorin has implemented a breakthrough way of disposing of their waste CO2: by turning it into baking soda.

The Tuticorin Alkali Chemical plant's coal boiler is like any other - the unique transformative process begins in the boiler's chimney. As the boiler releases flue gas, a fine mist of a proprietary chemical is mixed in with the carbon-laden smoke. The mist uses a form of salt to bond with the CO2 elements before the captured carbon is piped directly to a tank where it is mixed with rock salt and ammonia to produce baking soda and other useful chemical compounds.

Usually amine compounds are used to capture carbon in a similar fashion - but the team at Carbon Capture Solutions that developed this particular technique claims that their unique mist spray is more efficient, requires less energy to function and makes for less waste than traditional carbon capture methods. After implementing the technique, the plant claims to be able to capture 66,000 tons of carbon per year - an accolade that leaves them essentially zero-emission. 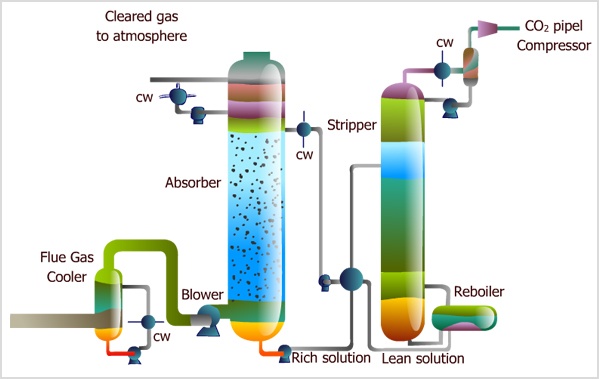 A snapshot of the Carbon Capture Solutions separation method. (Source)

Interestingly enough, the technique was developed and put into practice without the help of government subsidies. The means that Carbon Capture Solutions' method may prove to be widely implementable at a reasonable price. The CEO of Carbon Capture Solutions, Anirudhha Sharma, has stated that he intends to pursue widespread use but at a modest pace - partnering with low-risk enterprises and avoiding any large-scale projects. "So far the ideas for carbon capture have mostly looked at big projects, and the risk is so high they are very expensive to finance," Sharma said.

This is just the latest milestone in the burgeoning field of carbon capture and utilization. Waste CO2 is still widely considered a liability - but as more and more developments are made in the CCU field, the idea of waste CO2 emissions as a resource doesn't seem so far-fetched. Profit as a driving factor for CCU technology would make for greater investments in the field and would bolster tech development - and that's good news for everybody.