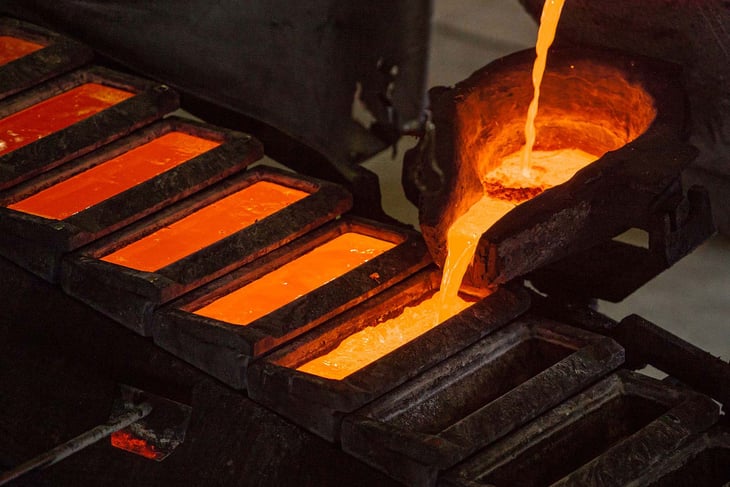 The chemical re-configuration of high-capacity batteries is just like life. Sometimes, you get little surprises.

Proving this old adage is an MIT team of researchers who accidentally stumbled upon a new method of clean smelting - one that eliminates the heavy emissions that traditional ore smelting can produce.

The team was experimenting with the aforementioned chemical battery configurations earlier this week when they noticed that their project wouldn't hold a charge. They discovered that instead of acting like a battery, it was producing liquid antimony. Now - when you're dealing with batteries, you're usually talking about antimony sulfide - an ore that acts as a semi-conductor for the battery. Liquid antimony, however, is a lustrous, silvery metalloid used for a range of purposes. To name a few: it's used to get air bubbles out of glass, as a fire retardant, and it can also be mixed with lead to create a useful alloy. So, where did the pure liquid antimony come from? 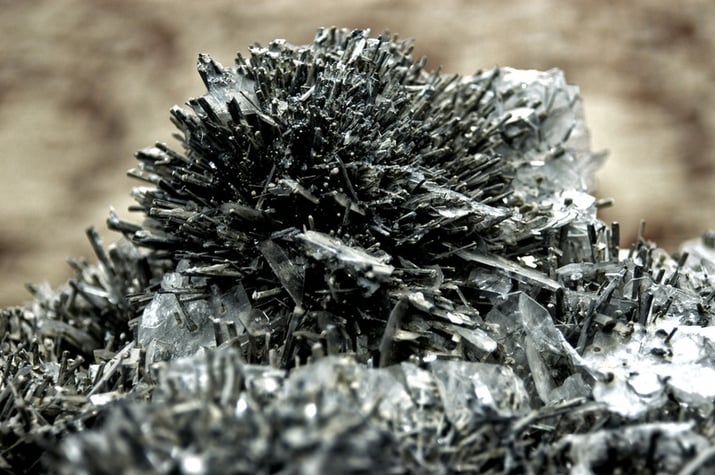 Antimony isn't the most useful mineral in the industrial field, but hey - now we've learned how to cleanly extract it.

The answer lies in a surprise case of electrolysis. In their experimenting with the electrochemistry of the battery, the team added an extra electrolyte between the positive and negative electrodes. When they checked as to why their battery wasn't charging, they found a pool of 99.9% pure liquid antimony at the bottom of the cell - and pure sulfur gas at the top. This having been a contained process, the sulfur gas wasn't able to bond with oxygen in the air and form sulfur dioxide - one of the most significant causes of air pollution.

“The thing that made this such an exciting finding,” Donald Sadoway, Professor of Materials Chemistry at MIT, told MIT News, “is that we could imagine doing the same for copper and nickel, metals that are used in large quantities." It's too early to say if the cleanliness, relative ease and cheapness of the electrolysis process could replace the longer, more pollutive traditional smelting methods, but the notion is undoubtedly an attractive one.