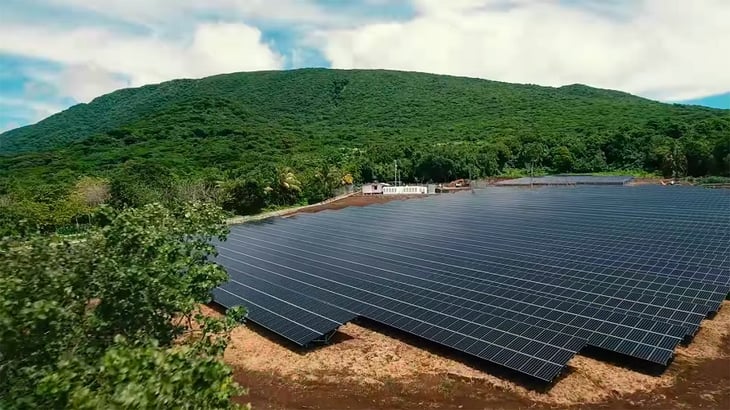 Tesla Is Powering An Entire Samoan Island With Only Solar Energy

Tesla is on fire.  The company's $2B acquisition of SolarCity, the largest American provider of solar energy, was a high-profile deal that passed with an overwhelming 85% shareholder approval. The newly-merged entity has gotten right to the business of impressing the world; Tesla recently announced that it is powering the entire island of T'aū - a small American Samoan island of 45km2 - exclusively via a solar-powered microgrid.

T'aū was previously hooked up to a system of diesel-fueled generators that used hundreds of thousands of gallons of diesel to power the island each year. A hefty carbon footprint for an island with less than 600 residents, and that's without taking into account the ships used to transport the fuel; ships that wouldn't always reliably reach the remote island.  “I recall a time they weren’t able to get the boat out here for two months,” said Keith Ahsoon, a T'aū resident. “We rely on that boat for everything."

Tesla's state-of-the-art installation is a 1.4 megawatt microgrid made up of 5,328 solar panels and 60 PowerPacks - Tesla's modular rechargeable batteries. Even in the sunny climate, the microgrid can power the island for 3 days straight without sunlight - and its capacity can fully recharge in 7 hours. This means T'aū residents can pretty much assume that they'll have power 24/7 - no more relying on diesel shipments.

The conversion process took only a year, and many are already talking about where Tesla's infrastructure can be implemented next. While T'aū is an ideal stage for total solar sustainability - there's still some hurdles before Tesla's vision can be implemented in larger-scale communities. Most regions across the world don't have the amount of reliable sunlight that American Samoa has - and to power a true city will take much, much more power. Still, it's hard not to be impressed by Tesla's demonstration of solar sustainability.

“[This project] is not a postcard from the future,” said SolarCity CEO Lyndon Rive, “it’s a snapshot of what is possible right now.”