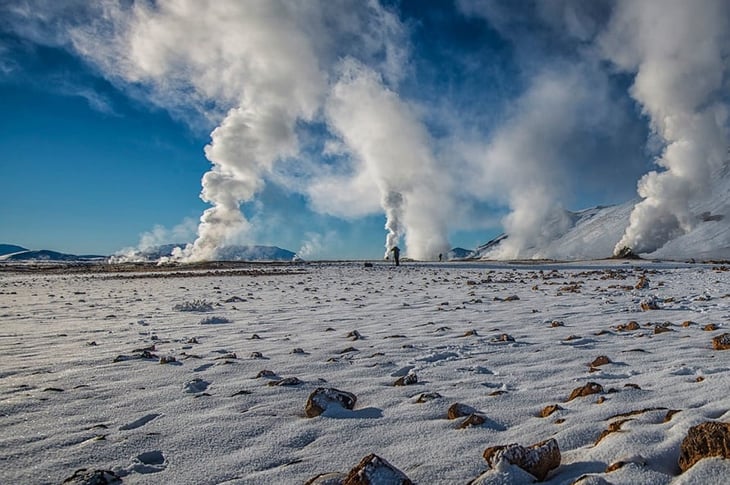 While it's not typically recommended to get rid of your problems by burying them - in the case of CO2, this may actually be a viable solution. Researchers in Iceland have discovered an innovative way to dispose of CO2 emissions - by injecting it into volcanic rock.

The Hellisheidi power plant located on the Hengill volcano ridge in Iceland is the largest geothermal facility in the world. It's also the home of The CarbFix Project, a research program designed to find a more efficient way of dealing with carbon emissions. The Hellisheidi plant, with its wealth of basaltic rock, water and CO2, provided the ideal conditions for the CarbFix team to develop a carbon capture and storage technique centered around mineralization - the process by which CO2 is converted into carbonite minerals when the gas comes into contact with basaltic rock. The researchers had initially forecasted CO2 mineralization to take hundreds or thousands of years, but 95% of the CO2 emissions were converted to solid minerals within only two years - with 80% of the gas mineralizing within one year. The surprising speed of the mineralization process had suddenly put a new prospective carbon storage technique on the table. 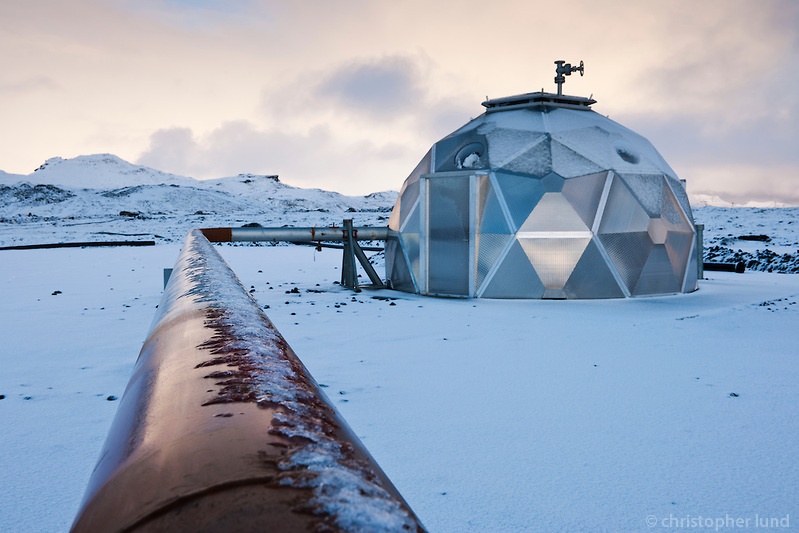 Carbon capture and storage usually comes with implicit concerns of leakage. One commonly used method involves CO2 turning into a liquid slop before it is pumped into subterranean caves - with the initial capturing process often resulting in a substantial amount of CO2 escaping. CarbFix's method can be resource-intensive - isolating the CO2 for injection into the basalt requires quite a bit of energy - but testing has shown that only 5% of CO2 escapes that process.

Methods like this have been tried before - past carbon capture and storage projects have experimented with injecting CO2 into sandstone formations. Sandstone proved to be too chemically-inert, with the CO2-trapping reactions too weak to convert the CO2 efficiently into mineral form. The slower conversion rate could mean CO2 gas leaking out over the many years it takes to mineralize.  The basaltic rock method, with its comparatively-speedy reaction time, offers a more effective solution. Prior to injecting it into the volcanic rock for tests, the researchers tagged their CO2 with carbon-14, a radioactive form of the element that makes it easy to determine if any gas leaks back up to the surface. Years after the injection tests, zero leaks have been detected. It appears that the reaction happens quickly enough to prevent any gas leakage from the basalt reservoir - and of course, once the gas has turned to stone, those carbonite minerals aren't going anywhere. 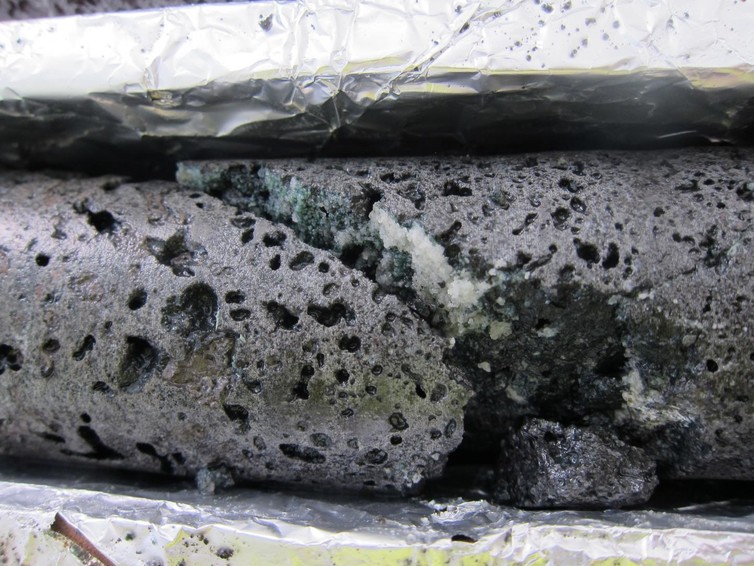 The process is not without its own risks. When the underground basalt reservoirs are pumped with CO2, it can make for some extremely high pressure chambers. That pressure can force the resident brine - the hypersalinated water situated in pockets under the earth - upwards in the geological stack, potentially causing it to spill into freshwater bodies. The overall cost of the technique is also an issue. "It needs to be made much cheaper (maybe 10-20% of the current cost) to be widely applied. Of course, a price on carbon would help." wrote the CarbFix team on Reddit. It's also worth noting that the places on Earth that generate the most CO2 aren't laden with Iceland's basalt-heavy volcanic landscape - though the Carbfix team has stated that if their method were implemented around the globe, basalt availability would be "no problem" due to the wealth of basaltic rock that underlies the ocean floor.

Despite these issues - the technique seems to work. The Hellisheidi plant has already begun scaling up to storing 10,000 tons of CO2 per year, and the CarbFix project has received world attention. With more tests in different locations, maybe the carbon capture and storage hype machine will start whirring once again.