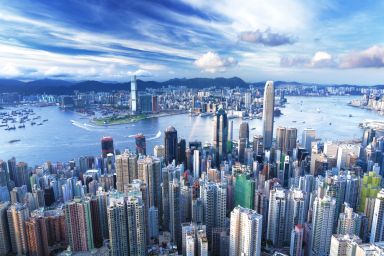 China is taking important steps to protect its environment in light of longstanding concerns about the impact of industrialization.

Beginning next year, the Chinese government will start the process of implementing its updated Environmental Protection Law. Though such laws have been on the books since 1989, this most recent update marks a major shift—the first time such a change has occurred—in which new economic development plans will includes provisions for environmental protection efforts.

For example, the new, revised law will include higher penalties for violations and will subject more projects to environmental oversight. In addition, non-governmental organizations will be allowed to take legal action against alleged environmental infractions.

This certainly isn't the first move that Chinese officials have taken in this direction. With the Asia-Pacific Economic Cooperation (APEC) forum coming soon, and not long after air pollution levels in major Chinese cities reached 20 times their safe levels, the municipal government in Beijing announced restrictions on drivers using their vehicles more frequently than every other day.

But the Environmental Protection law will have more far-reaching effects than any single emissions policy. It seeks to permanently change behavior by also offering subsidies to entities that are able to reduce their pollution levels beyond what is required.

As China's economic growth continues, it is placing a new focus on improving the health and well-being of the millions of citizens who have flocked to growing cities. The new Environmental Protection Law promises to be a significant step forward toward the goal of a cleaner, safer environment, without harming economic growth.