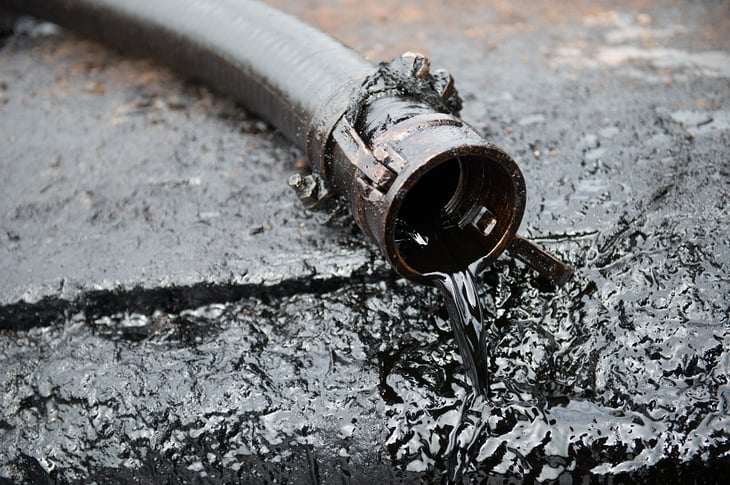 In the Rodgers and Hammerstein classic musical, Carousel, the main character Billy Bigelow, being dissatisfied with a message he received from a “heavenly” advisor, exclaimed, “Well, now ain’t that just dandy!  Here you take the trouble to tell me there’s trouble down there, but you don’t even know what kind of trouble it is!”

The sentiment expressed by Billy is akin to what has transpired at a 50-acre neighborhood in Carson, California, fittingly known as the Carousel community, where for several years residents sensed trouble lurked below their homes and didn’t know what kind of trouble it was.  Now, due to the recent discovery of contamination in the neighborhood, nearly 1,500 current and former residents of the Carousel neighborhood will be receiving proceeds from a recent $90 million settlement with Shell Oil Co. (“Shell”) based on personal injury and property damage claims associated with exposure to benzene, methane, and other hazardous chemicals in connection with the operation of a former Shell waste oil tank farm from the 1920’s to the 1960’s.1 The developer that purchased the site from Shell and created the Carousel community is now also in a precarious situation over potential claims associated with site conditions.  As explored in greater detail in this article, the Carousel debacle demonstrates that developers are vulnerable to liability exposure for failure to seriously and diligently consider the environmental aspects of real property acquisitions, especially relative to construction related activities.  As we will see, the facts of Carousel underscore the importance of performing appropriate investigations to carefully vet existing environmental conditions and evaluate potential implications for site development activities prior to the acquisition of real property to preclude a harmonious undertaking from morphing into a scene from A Nightmare on Elm Street.

A Buried Past Comes to the Surface

In 1965, Shell sold a former tank farm property (the present-day Carousel neighborhood) to a developer with plans to redevelop the site as a residential community.  During site development activities, it is reported that the developer buried construction and demolition type debris, including waste oil tanks, beneath the surface of land where 285 homes were eventually constructed.  What remained buried for decades, however, was ultimately uncovered, as environmental investigations that commenced in 2008 identified widespread contamination at the 50-acre property to a depth of 50 feet below land surface.  The local environmental regulatory agency identified Shell as a responsible party and ordered Shell to rehabilitate the area where its tank farm once operated.  Aside from the regulatory enforcement action, not surprisingly, residents of the community initiated legal proceedings against Shell.  Rather unexpectedly, the parties quickly reached an agreement to settle the lawsuit.2

Although the settlement releases Shell from further litigation in the matter, the local regulatory agency continues to require Shell to perform remedial activities to preclude further public exposure to dangerous chemicals.3 It has been reported that Shell has incurred in excess of $40 million in environmental investigative costs to date and is likely to spend roughly $146 million to complete proposed cleanup activities, including the removal of approximately 161,700 cubic yards of impacted soil from most yards in the neighborhood as well as the installation and operation of an underground venting system to remove remaining soils vapors that may migrate and intrude into homes within the community.

The developer (and the company that owns the development company) is also being threatened with litigation for their haphazard dealings with the mismanagement of the deleterious materials remaining at the site following the conclusion of Shell’s operations.  Despite the overt nature of its wrong-doings, that being making existing hazardous substances inconspicuous, it appears as if the developer is of the mindset that it should have no guilt because it was not the originator of the underlying contamination left to remain after Shell ceased operations at the property.  Although there may be some truth to the saying that good people do not need laws to tell them to act responsibly, and they actually do take appropriate action, there will always be others that successfully sidestep their duties under the law.  However, we will see from applicable case law involving the Comprehensive Environmental Response, Compensation, and Liability Act (“CERCLA”), a regulatory regime crafted to cast a wide liability net, a developer cannot circumvent environmental liability by merely arguing that it did not cause pre-existing contamination when it takes actions that result in the exacerbation or secondary “disposal” of impacted media.  Accordingly, it is of critical importance that developers conduct thorough due diligence to evaluate whether to proceed with a transaction based on the environmental conditions at a site and the appropriate precautionary measures that may be necessary for implementation during construction activities to prevent making conditions worse and result in a second “disposal.” 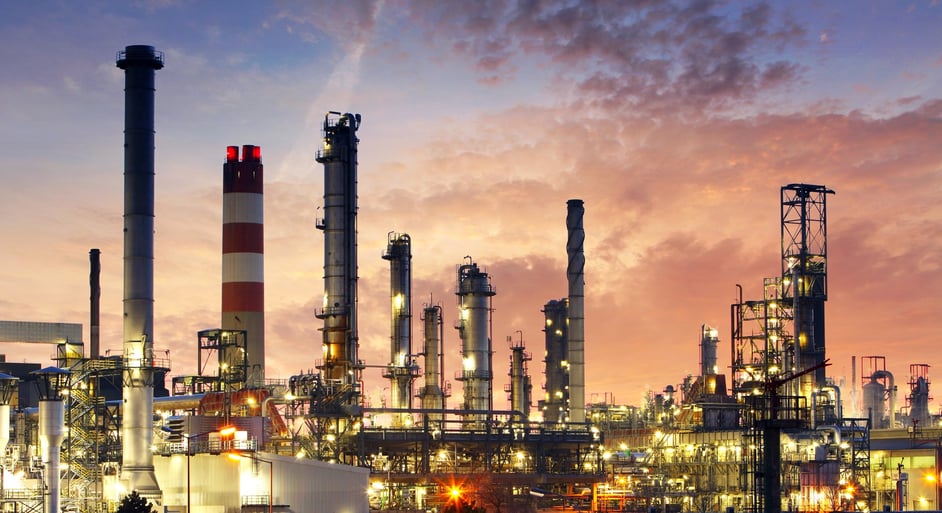 There are several examples from applicable case law demonstrating that parties that engage in site development activities at contaminated land can be exposed to CERCLA liability as potentially responsible parties (“PRPs”).  Pertinent case law holds that the movement or dispersal of already-once-disposed hazardous substances through earth-moving or construction activities can result in the imposition of CERCLA liability.4  The scope and degree of redevelopment is of no consequence if activities performed at a site redistribute pre-existing contaminated media, even surficial regrading of land, which equates to a secondary “disposal.”5

There are multiple elements a court considers when deciding whether CERCLA liability is appropriate.  One of the key determinations a court must evaluate in secondary disposal cases is what constitutes a “disposal.”  Although the original disposal event is typically obvious, the exacerbation of impacted media, soil in particular for our purposes, can be less apparent.  The distinction, however, is of critical importance for developers that desire to take action to mitigate against liability.  The false notion that a party can successfully evade increased disposal costs at a licensed landfill through disseminating contaminated soil on-site can result in even greater expenses to defend a CERCLA liability action.  A few examples from applicable case law indicate the following:

Additionally, “disposal” is not limited to situations where soil that is moved is visibly contaminated or taken from a dirty property to a clean one and the movement worsened conditions, as any party that spreads contaminated soils on their property when they conduct construction improvements can be considered PRPs under CERCLA.9  Dispersal of contaminants need not reach a particular threshold level to constitute “disposal” under CERCLA, as it consists of the discharge or placing of any solid waste or any hazardous waste into or on any land or water.  There is also no exception for de minimis disturbances.10

Notwithstanding the foregoing, passive migration likely does not constitute “disposal,” as neither “leaking” nor “spilling” as defined by CERCLA denotes the gradual spreading of contamination.11 Further, as one court found, where there was no evidence suggesting that excavation and stockpiling of approximately 2,000 cubic yards of coal-tar contaminated soil at a property resulted in the exacerbation of pre-existing contamination, there was no basis for finding that a site owner “disposed” of hazardous substances at a property within the meaning of CERCLA.12  Under this scenario, the court found persuasive evidence showing that the defendant temporarily stored the contaminated soil in a confined pile, tarped above and below, while awaiting off-site disposal.

It is also important to note that CERCLA does contemplate that some soil investigation should be allowed to examine contaminated property without incurring liability.  The innocent owner defense afforded parties that undertake environmental assessment is in place to mitigate CERCLA’s harsh liability scheme and encourages testing through the requirement that prospective buyers undertake all appropriate inquiries by engaging in an appropriate inspection of property pre-acquisition.  To establish “disposal” under CERCLA based on a party’s soil investigation, there must be a showing that the soil assessment caused the spread of contaminants and that the testing event was conducted negligently.  Appropriate investigations (those that do not spread contamination) fall outside of the CERCLA definition of “disposal”,13 even going so far as including the digging of pits to obtain samples of waste, then refilling the pits with material that came out of them.14 Thus, the law creates an environment conducive for developers to thoroughly assess properties where pre-existing contamination is present, although the assessment must be performed with the utmost care.

The reconfiguration of a former tank farm into the Carousel residential development appeared to start out as a redevelopment success story sure to have an ending where everyone lived happily ever after.  Unfortunately for the developer, the script has changed.  What has recently occurred at the Carousel neighborhood demonstrates the truth of the saying that there is nothing kept hidden that will not come to light, or in this case, rise to the surface.  For the developer of the Carousel community, after multiple decades eluding responsibility for its past actions, the day of reckoning appears to be now.  As gleaned from applicable case law, using site development activities as a mechanism to “dispose” of existing hazardous substances and/or environmental media impacted with hazardous material can result in liability exposure and have dire financial implications where a party is required to rectify a secondary disposal situation through regulatory enforcement and/or third-party litigation.  Despite the potential for the imposition of liability, while a critical factor to consider during the site selection process, such liability exposure should not necessarily deter developers from acquiring and redeveloping contaminated properties, as most risk can be properly managed with adequate investigation and planning.  Failing to engage a team of highly qualified environmental professionals to formulate a strategy to assess site conditions pursuant to approved industry standards and evaluate potential exposure to liability as well as construction related risk prior to acquisition could leave a developer open to the threat of post-closing regulatory enforcement actions and private lawsuits.  However, assembling professionals with the expertise and ability to hit all the right notes (e.g., identifying material issues, selecting precautionary measures for implementation during site development to mitigate liability exposure/construction risk, analyzing insurable risks, and obtaining financial incentives to offset cleanup costs) can ensure that the show goes on.

This guest blog was written by Justin Hofmeister, an attorney with the Goldstein Environmental Law Firm (www.goldsteinenvlaw.com), who provides legal counseling services for the acquisition and redevelopment of environmentally distressed properties.

Justin practices environmental law with his colleagues Michael Goldstein and Dalayna Tillman in Miami.  He can be reached at jhofmeister@goldsteinenvlaw.com.

2- Erin Brockovich was reported to have participated in a rally with Carousel community residents in March of 2013 to bring attention to the contamination discovered in the area. http://www.dailybreeze.com/general-news/20141123/shell-offers-90-million-to-residents-of-contaminated-carson-neighborhood

3- Plaintiffs in cancer exposure/cluster cases often have a significant burden to overcome to successfully prevail on their claims. http://www.nytimes.com/2015/02/17/health/cancer-can-be-tough-case-to-prove.html?ref=health