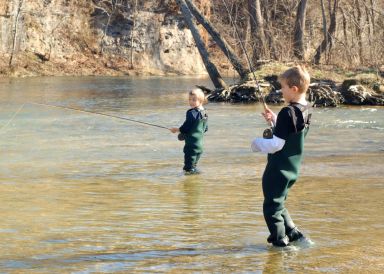 New Jersey is already home to the most Superfund sites in the nation, and the U.S. Environmental Protection Agency just added one more.

According to a report by NJ.com, the EPA has declared Pierson's Creek in Newark a Superfund site due to significant mercury contamination. This is believed to have been caused by the nearby Troy Chemical Corp plant, which has been there since the 1950s. The EPA accuses the plant of having dumped untreated wastewater into the river between 1956 and 1965.

Though representatives from Troy argue that these problems are historical in nature, the news source notes that the EPA has been trying to work out a resolution with the company since the 1990s.

Mercury is well-known to cause serious health problems if ingested in significant amounts. As Judith Enck, the EPA regional administrator, told the news source, mercury "can build up in the tissue of fish and other wildlife and pose a threat to people who eat them."

Clearly, remediation work is needed to protect the surrounding area.

"The Superfund program is essential to rehabilitating dangerous sites and encouraging economic development," New Jersey Senator Corey Booker, who was also formerly the mayor of Newark, said in a statement. "It is my hope that with its inclusion on the National Priorities List, Pierson's Creek will receive the resources needed to clean up the site and create a healthier environment for Newark's residents and economy."

It is crucial for stakeholders in this project to work with environmental consultants to ensure that the remediation work proceeds smoothly.