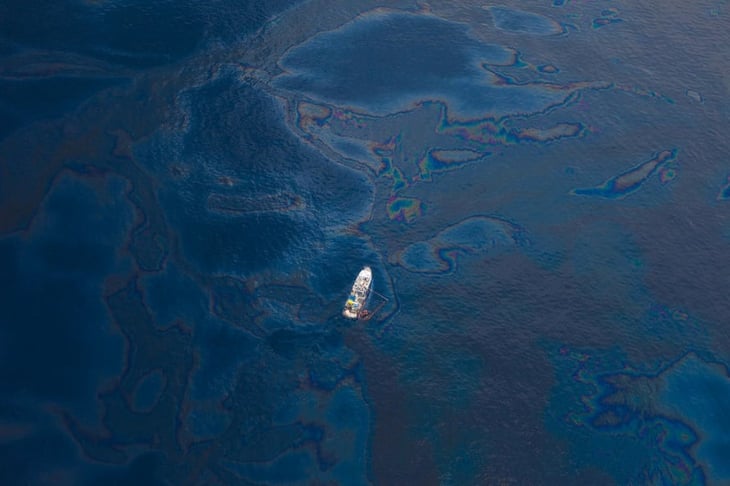 How Magnets Could Be The Future Of Oil Spill Remediation

The markedly visible rainbow sheen of an oil spill is unmistakable. Whether seen from a marshland bank or from an orbiting satellite, an stark patch of shimmering oil signifies immense environmental damage and an equally large clean-up challenge. Oil spill remediation for these types of scenarios usually involves corralling, skimming and vacuuming - techniques that can have middling degrees of success, especially for clouds of oil at deeper depths. In a search to find a more effective remediation method, a FERMI scientist by the name of Arden Warner has developed a technique that involves magnetically separating oil and water.

Oil spill remediation became a bit of an experimental frenzy after the Deepwater Horizon spill of 2010. Everything from centrifugal separators to solar-powered oil-eating robots appeared as potential cleanup solutions. Murmurings about a magnetic solution surfaced around that time, but it was still very much in the idea stages. In recent years, the concept has become more and more interesting.

Warner's technique involves introducing spilled oil to a generous sprinkling of magnetite - a naturally-occurring iron dust particle about 2 to 6 microns in diameter. The magnetite bonds well with the oil, and allows it then be extracted using magnets. This works most easily on the water's surface, but Warner devised a way to vary the size of the magnetite particles to target deeper patches of oil. Once the sunken oil forms a bond with the magnetite, various methods could be used to raise and remove the oil - if not giant magnets then booms emitting electromagnetic charges.

It's hypothesized that the magnetite could be cleaned post-oil extraction and re-used, effectively making it an even more attractive solution. Add that to the fact that magnetite extraction works with over 100 different types of oil - including heavy crude. The viscosity of the heavier oils that causes for difficult cleanup actually makes bonding with the magnetite extra effective. Warner has even applied his technique to bird wings, applying magnetite and then magnetic force to successfully remove oil from the avian victims of a spill.

Time will tell if magnetic extraction as an oil spill remediation technique will prove to be successful - a lot of that will require larger-scale testing and substantial investments - but with the results we've seen, optimism doesn't seem unwarranted.

Curious about how you can supercharge the performance of your environmental remediation portfolio? Check out our free whitepaper.